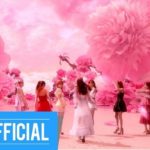 It’s finally this time of year! Performers for one of Asia’s largest music award ceremonies “2020 MAMA (Mnet Asian Music Awards)“ to be held on December 6.
Performers were added as soon as they are announced. I will introduce the performer information together with a review of MAMA ～. Check it out most of the artists had been very active in this year’s Korean music scene !

＊If there is an announcement of appearance , I will add it .

What is MAMA… “Mnet ASIAN MUSIC AWARDS (commonly known as MAMA)(엠넷 아시안 뮤직 어워즈)” is one of the largest music awards ceremonies in Asia sponsored by CJ ENM. In the past , it has been held in various regions such as Korea , Japan , Vietnam , and Hong Kong . And every year it shows a powerful performance that is said to be ” The performers are preparing a stage with special emphasis on MAMA ” . Will do it
LVKM also provides a good introduction to how to view the multi-angle video with au Smart Pass Premium.
Please be prepared to watch 2020MAMA on the day of the event in advance.

Awards that can be won at MAMA

MAMA offers a variety of awards ! The ranking is decided by the votes of the fans , so the artists who sold that year or the artists with a lot of fandom will be nominated.

Jessi and Hwa Sa have announced the joint stage of the most powerful girl clash on 2020MAMA.
The song they will perform is “GANG” by RAIN!
Extraordinary collaboration stage of Jessi and Hwa Sa is on its way to 2020 MAMA!

OH MY GIRL, the group that is said to have achieved the most remarkable growth in 2020, will appear in the 2020 MAMA. OH MY GIRL, who reached number one on all charts with her 7th mini album NONSTOP released in May, is nicknamed “Concept Fairy” because she has perfected a variety of genres! “In September, Yua released her mini album “”Bon Voyage””, and I wonder what kind of performance OH MY GIRL is preparing for at MAMA, as they always show off their charms in new ways!

THE BOYZ will appear on MAMA for the first time in two years! “THE BOYZ, who won the popular Mnet show “Road to Kingdom”, and combined both ability and popularity, won first place on the iTunes album charts in nine countries with their 5th mini album “CHASE” released in September, and received a global response.”THE BOYZ”, who is doing energetic activities ahead of the 3rd anniversary of their debut, is paying attention to the special performance of “2020 MAMA”!

With “2018 MAMA,” the winner of the Men’s Rookie of the Year award, Stray Kids, will appear again on the stage of “MAMA 2020″！”Stray Kids has a reputation for impressive and powerful performance.” I look forward to the cool and powerful performance that Stray Kids, who is the only K-pop singer to be ranked in Time magazine’s “The 10 Best Songs of 2020” and is very active as a globalist, will perform at MAMA！

(G)I-DLE has also decided to appear at MAMA2020! (G)I-DLE, who impressed her strong presence with her outstanding conceptual performance in the survival battle Queendom aired on Mnet last year, gained popularity as a summer song with her single DUMDi DUMDi released in August.Fans are paying attention to (G)I-DLE’s MAMA appearance, which has established a solid foundation as a very popular girl group!

ATEEZ, which is showing explosive growth, has also been added to MAMA’s cast.ATEEZ, who has surpassed 1 million followers on Spotify and proved their popularity, will appear on MAMA for the second consecutive year！ We are looking forward to seeing ATEEZ’s globalization！

First MAMA appearance！ “Hot Rookie” CRAVITY has impressed its presence by selling the most albums among the newcomers in the first half of 2020！”Our first album reached number one on iTunes’ Top 7 K-Pop Albums Chart, and CRAVITY, who is attracting attention from fans all over the world, will perform at 2020MAMA “our first MAMA.”

ENHYPEN, the best anticipated in the second half of 2020, will also appear on the 2020 MAMA！The seven-person boy group ENHYP, which was created by the selection of fans from 181 countries on the survival show I-LAND, has already received over 300,000 pre-orders for its debut album, attracting a tremendous amount of attention and attention even before its debut！I can’t wait to think that the performance will impress K-pop fans all over the world with its fresher performance than anyone else!

The global boys group JO1 who rushed to stardom in a blink of an eye , debuted from the audition program “PRODUCE 101 JAPAN” on March 4 , 2020 , appeared in magazines and TV , and appeared in “Tokyo Girls Collection (TGC)”,MAMA debuts ! Both the debut single “PROTOSTAR” and the 2nd single “STARGAZER” won the 1st place in the Oricon weekly single ranking , and JO1 won the 2nd place in the “Oricon 1st half ranking 2020″. Will the new song ” Shine A Light ” be performed at 2020 MAMA … I’m looking forward to the first performance at MAMA.

GOT7 , which is proud of its global popularity , will make a comeback on November 30th with the 4th full-length album ” Breath of Love : Last Piece” , which is first regular album in 2 years , and will decorate the stage of ” 2020 MAMA “. I’m wondering what kind of stage GO7 will perform at this MAMA , which is actively engaged in activities not only in Korea but all over the world ! Expectations are high as it has been attracting attention for the first time in two years !

Korea’s leading dance vocal group MAMAMOO is also on the stage of ” 2020 MAMA ” ! MAMAMOO released the 10th Mini Album ” TRAVEL ” released o November 3 , 2020 . The term ” MAMAMOO that you can believe and hear ” was born , and they are building a fan base by showing off music of various spectra , not limited to a specific genre .

MONSTA X has performed at MAMA for six consecutive years ! The comeback show of the 3rd full-length album released in November , attracted 770,000 viewers and proved its hot global popularity again . I am also looking forward to the 2020 MAMA stage of MONSTA X , which has created the MAMA legend stage with attractive charisma and powerful performance every year .

TOMORROW X TOGETHER who became the main character of the 2019 MAMA Rookie Award. They comeback with their third mini-album “minisode1: Blue Hour”, achieved sales of 300,000 copies in the first week , and they made a presence with a refreshing charm like a boy . I’m looking forward to seeing what kind of stage they will be!

The 12-member multinational boys group TREASURE , which debuted from YG in August this year, when MAMA first appeared ! The hot and new TREASUBE is the first stage of MAMA . After their debut , they continue their energetic activities , such as releasing three singles every other month . Since they are a strong candidate for the rookie award , we are paying attention to the stage where the goodness of TREASURE , which is powerful in the attention of the world , is utilized !

SEVENTEEN , who has been on stage of MAMA since their debut , became a million seller with the seventh mini-album ” Heng : garae ” released this year , and the special album ” ; [Semicolon] ” also exceeded 1.1 million copies. I’m excited to see what kind of performance SEVENTEEN , who is a pioneer of self-produced idols and has an overwhelming reputation on stage , will perform at ” 2020 MAMA” !

TWICE , which celebrating their fifth anniversary of debut , is actively engaged in regular albums for the first time in 3years ! TWICE , which is popular all over the world with a new concept for each album , has so far won 14 trophies at MAMA only so far. I’m expecting what kind of wonderful stage TWICE is doing this year !!

” Infinite Open ” and ” Infinite Expansion ” NCT will appear in 2020 MAMA for the first time in three years since the 2017 MAMA . The album ” The 2nd Album RESONANCE PT.1 ” and the reality program ” NCT World 2.0 ” that all 23 members enjoy together are showing off the charm of the new NCT . This year , the activities of NCT2020 have started and the number of new members has increased , and MAMA has already attracted attention for the first time in a long time .

IZ*ONE won the top of the Oricon charts with their full album “Twelve” released in Japan in October this year , IZ*ONE has become established as the best girls group not only in Korea but also in Japan . Attention will be focused on the stage where IZ*ONE , which is loved by fans for its gorgeous and diverse charm of 12 members , will perform at ” 2020 MAMA “

BTS, which has continued to perform best this year , announced its new album “BE (Deluxe Edition)” on November 20, and sold more than 2 million copies in one day of its release , iTunes’ ” top” in 90 countries around the world . Recorded No.1 on the ” Album” chart . BTS is expected to showcase the new song performance of their new album at this MAMA as well .

Song JoongKi , who has been active as a host of MAMA in 2012, 2017, and 2018 , has a reputation for smooth and steady proceedings !
Song JoongKi , has established himself as the best Korean wave star in Asia in movie , dramas , and performing arts . Song JoongKi , who has global influence as well as South Korea , has been selected to host the international festival 2020 MAMA .

The Famous Burger by Loco 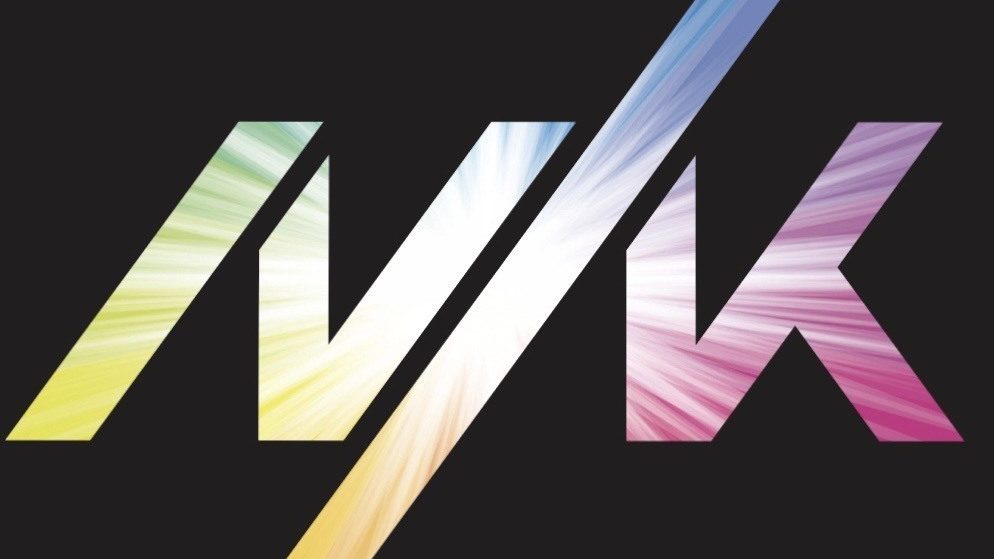 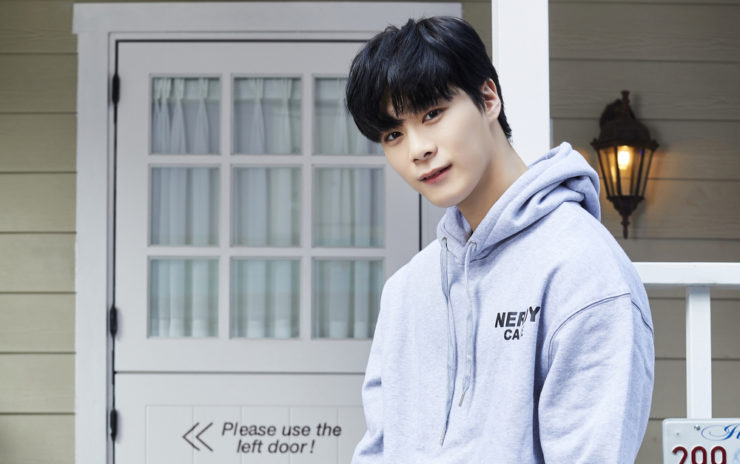 NERDY CAFE, the second line of Korean fashion brand NERDY, use ASTRO Moon Bin as its model, is now available 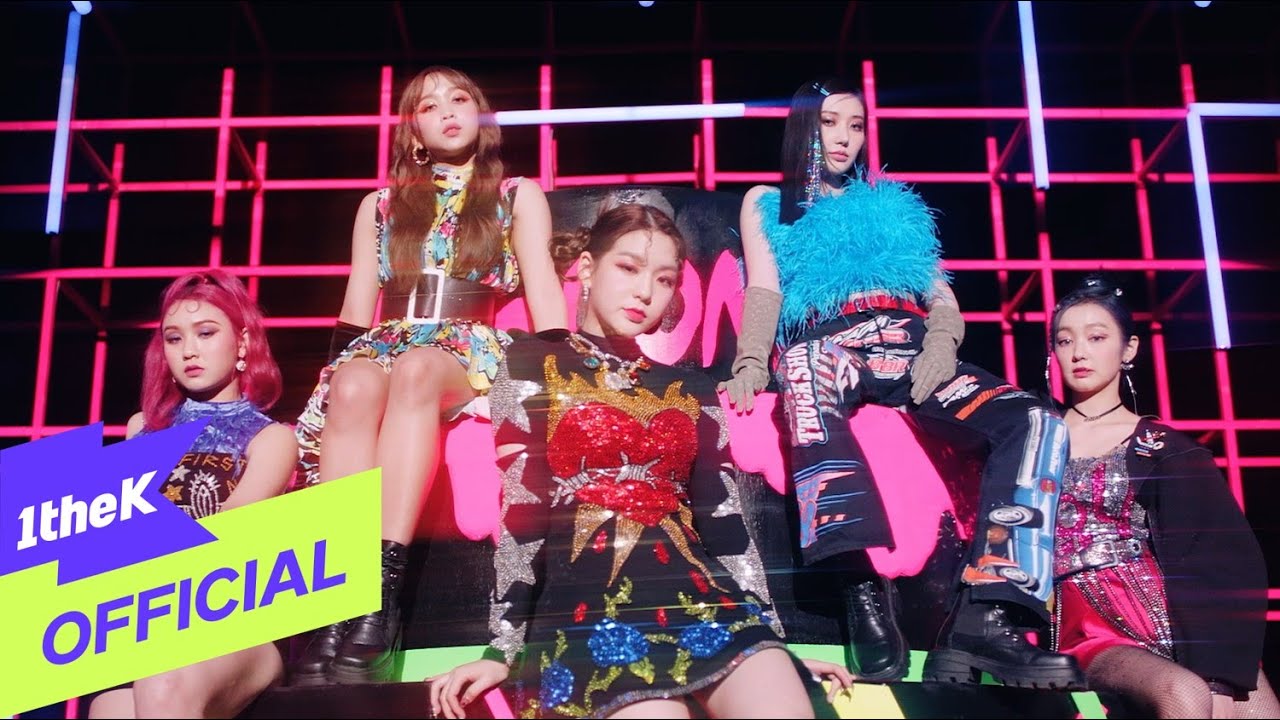